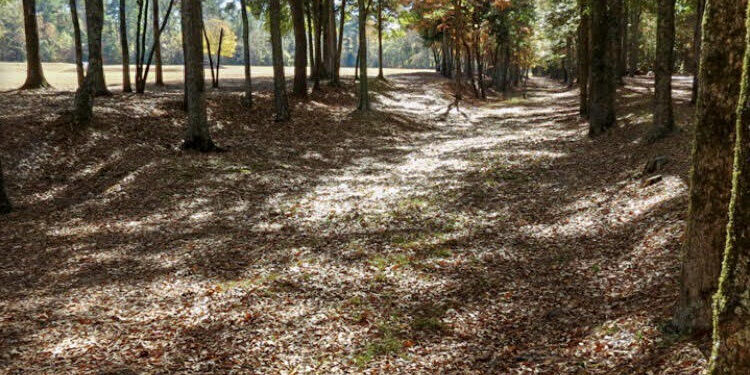 South Carolina is perfect for hiking. On South Carolina’s Freshwater Coast, the weather isn’t the only plus: we’ve got trails that are steeped in history and heritage as well as natural wonder: Revolutionary War trails!

Battlefield Trail
This trail begins on the ADA boardwalk leading to the overlook at Horseshoe Falls. From there, you’ll go out to the battlefield area and come across interpretive waysides of the American Revolutionary War Battle of Musgrove Mill which occurred on August 19, 1780.

British Camp Trail
You’ll run along the Enoree River most of the way. Again, this trail has interpretive waysides that educate about the homestead of the Musgrove family, the British Encampment in the summer of 1780, 18th-century transportation, and the gristmill that was located on the river.

Cherokee Path
This 1.5-mile trail was once a direct route for traders and trappers, Native Americans, and settlers to exchange merchandise between the backcountry and the Carolina coast. You can hike the existing Cherokee Path at Ninety Six just as the Native Americans did.

Historical Trail
This paved trail provides a station-by-station interpretation of this important crossroads in American history. It leads into the Star Fort, which is still intact and connects with paths that the Cherokee and Redcoats once walked.

Star Fort Pond
As you walk along this path, observe the abundant wildlife including great blue herons. Ponder the passage of time and the changes brought to this landscape along the Cherokee Path.

Check out our full list of hiking and biking trails here!