Topiaries Are Center Stage at the SC Festival of Flowers 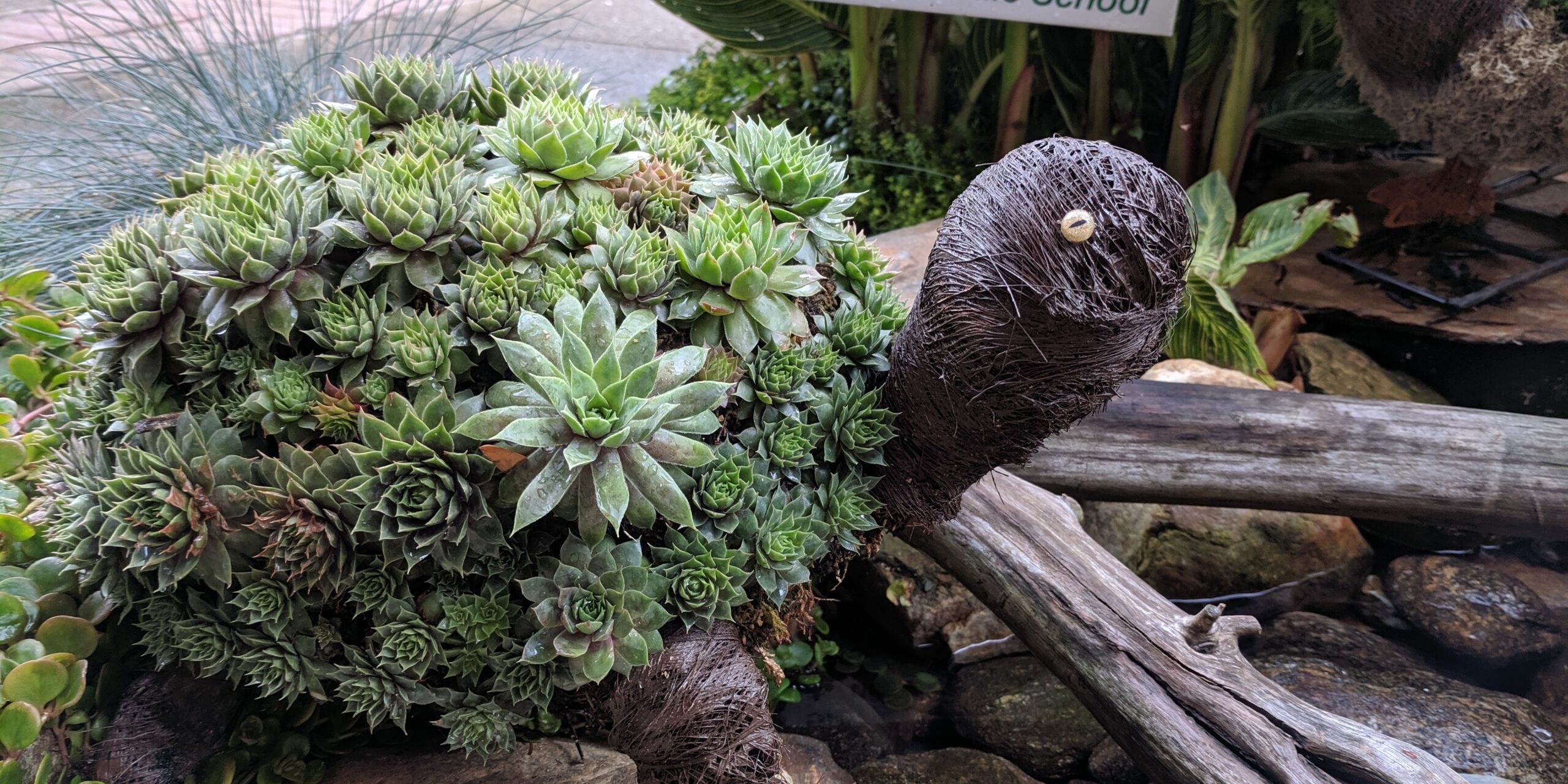 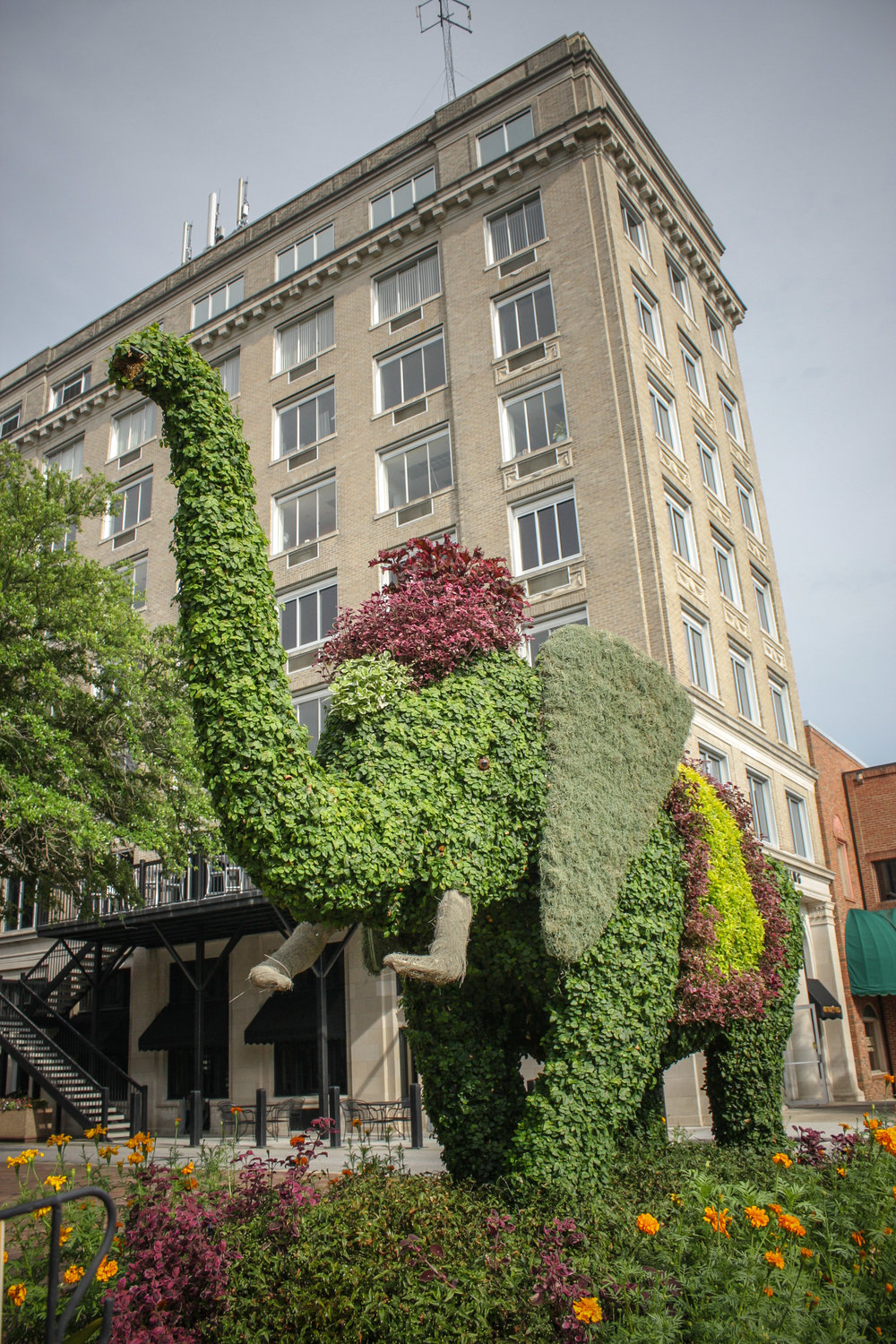 Called the “Gateway to Greenwood,” the topiary is the largest one ever assembled for the annual event. Three months in the making, the topiary measures 15 feet tall and 12 feet wide and weighs approximately 3,000 pounds. Located at the corner of Seaboard Avenue and Main Street in Greenwood, the new arch serves as the official entrance to the festival. And to the delight of fans, old topiary favorites such as the Clemson tiger, Lander bearcat, USC gamecock, Harley the firedog, the mermaid, and the elephant, among many others, have returned to the festival this year.

“The new topiary is truly exciting,” says Diana Fetters, who is in charge of all 44 topiaries featured at the festival. “My team works on the topiaries 12 months of the year. Our designs are extraordinary, thanks to Jerry McInville, one of our team members. We all love what we do.”

Keeping the topiaries fresh and alive during the festival involves planning and hard work, according to Fetters. “We use only fresh flowers and live plant material such as palm fibers to make the topiaries. We insert each frame with a plastic bladder. Next, we add drip irrigation and place netting on the outside of the frame. After we stuff the frame with Sphagnum moss, we plug the plants into the holes of the frame. As the plants grow, the topiary comes alive.”

Launched to commemorate the 100th anniversary of the George W. Park Seed Company in 1968, the idea of the festival grew out of the Greenwood Chamber of Commerce’s Tourism and Convention Committee. Visitors came by the busloads not only to see the gardens at Park Seed, but to enjoy the festival and all the events associated with it – the beauty pageant, the parade, arts and crafts booths, live entertainment, and other features. 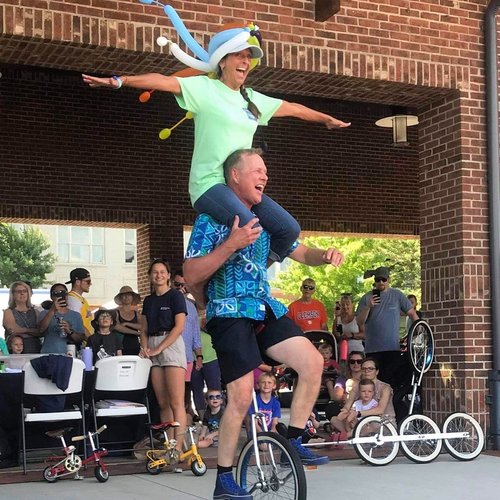 “The festival became more and more popular with each passing year,” notes Ruple Harley, who served as a volunteer with the festival for many years. “The 50th year of the festival was the largest event we ever had. It topped all records. It was very exciting to welcome Judy Funderburk, the festival’s first Princess of Flowers, back to the event.”

The closing of the seed company in 2008 left a big void in Greenwood. Town and chamber officials, committee members, and volunteers searched for new ideas that would keep the festival interesting and current. 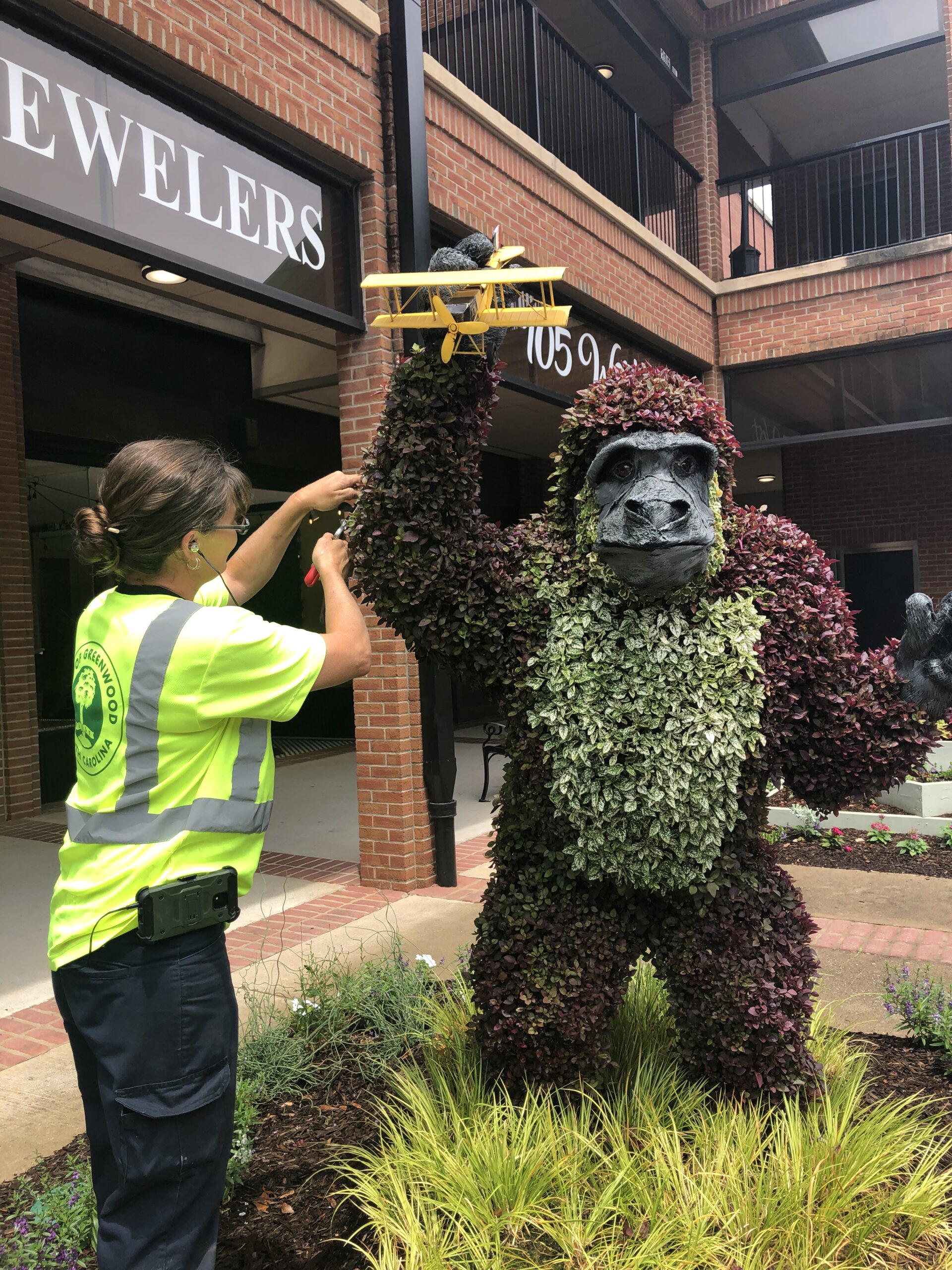 “One of our volunteers, who had seen the topiaries at Walt Disney World, suggested we look into the possibility of adapting that idea to our festival,” recalls Kelly McWhorter, executive director of Discover Greenwood. “After consulting with the horticulture department at Disney, we decided to make topiaries a major feature of our festival. We started with eight topiaries in 2008 and have added new ones every year.”

The topiaries are installed in Uptown Greenwood just before the festival opens in June and are taken down when the SC Festival of Discovery concludes in mid-July. They are moved to the city’s greenhouse, where they remain and are prepared for the following year’s festival. Frames in need of repair are fixed and new features may be added. The topiaries are owned by the South Carolina Festival of Flowers, a division of the Greenwood Chamber of Commerce, but the City of Greenwood’s Public Works Department and Horticulture Department are responsible for their year-round care and maintenance. Each topiary is supported by a local business sponsor.

The support of local businesses and organizations, as well as the dedication and involvement of countless volunteers, contributes to the continued success of the festival, according to Barbara Ann Heegan, who oversees the festival as the Chamber’s President and CEO.

“It is wonderful to see the strong collaboration between local businesses and the community,” she says. “We have about 150 volunteers and are always looking for more. We also pay contractors who help with the festival.”

She notes the importance of adding new features to the festival each year. New this year is the garden symposium, the result of the support of the Master Gardeners in the area and the strong partnership between the festival and Clemson University.

Learn more about the 2022 event at www.scfestivalofflowers.org. 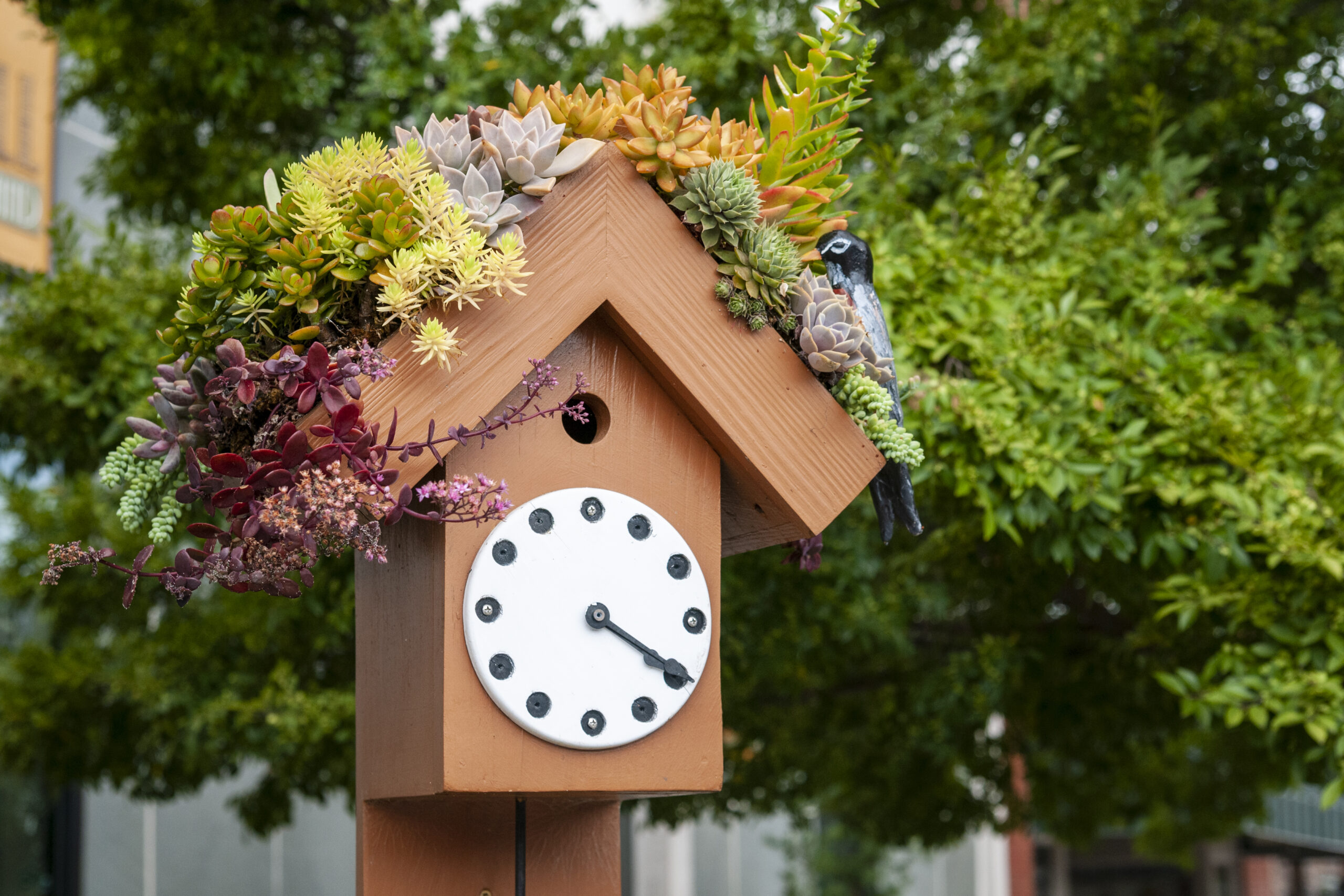 Carol Timblin is a Charlotte-based writer who is a professional travel journalist.